Oakland – Today, Mayor Libby Schaaf joined City officials and community members to celebrate the State of California’s Housing and Community (HCD) Development Department announcement that the City of Oakland is the first Bay Area city to win the State's “Prohousing” Designation. Oakland is one of only seven jurisdictions out of a total of 539 cities and counties in the state to receive the coveted designation.

A video recording of the press conference can be found here: https://www.youtube.com/watch?...

Cities and counties that receive the designation must demonstrate they are promoting climate-smart housing in a variety of ways, including but not limited to: streamlining multifamily housing development, up-zoning in places near jobs and transit to reduce emissions, and creating more affordable homes in places that historically or currently exclude households earning lower incomes and households of color.

“I’m proud to see Oakland recognized as a housing leader and appreciate the partnership with the State of California to address our shared housing crisis,” said Oakland Mayor Libby Schaaf. “In Oakland, we are committed to do our part and work closely with all our partners at the regional, state, and federal levels.”

Governor Gavin Newsom’s fiscal year 2019-2020 budget established the Prohousing Designation Program as part of a spectrum of support, incentives, and accountability measures to help meet California’s housing goals. Increasing the availability of housing statewide is critical to bettering the quality of life of all Californians and to ending homelessness. The designation provides incentives to cities and counties in the form of additional points and/or other preference in the scoring of competitive housing, community development, and infrastructure funding programs administered by HCD.

“California is proud to work in partnership with Oakland and other local communities to remove barriers to housing so that more people have a safe, stable place to call home,” said Business, Consumer Services and Housing Agency Secretary Lourdes Castro Ramírez. “By incentivizing housing near jobs and transit, we can help build strong, thriving communities. These efforts will also have a significant impact on reducing poverty by enabling people to spend less on getting to work and freeing up those resources for other necessities.”

“Streamlining is one of the areas we are focused on. With Specific Plans, we are able to bypass some of the more cumbersome aspects of CEQA. We’ve also opened a one-stop shop, allowing us to collocate the Department of Transportation, Planning and Building Department and the Fire Department, where the public can access those groups rather than go throughout the building in order to get issues answered. We’re continuing to smooth the process by receiving digital submittals. We also have preapproved templates for ADUs, allowing an individual to save a considerable amount of time,” said William Gilchrist, Director of Planning and Building.

Because of the Prohousing Designation, Oakland’s future applications will receive bonus points on several key state funding opportunities for affordable housing and transportation infrastructure, including the Affordable Housing & Sustainable Communities (AHSC), Infill Infrastructure Grant (IIG), Transformative Climate Communities (TCC), and Transit and Intercity Rail Capital Program (TIRCP). Oakland previously received $40 million in AHSC funding in 2022, $11.6 million of IIG funding in 2020, and $28.2 million in TCC funding in 2020. The Prohousing Designation will make Oakland even more competitive for future funding rounds. In addition, there is a pool of $15 million of grant funds available only to Prohousing jurisdictions.

“We are thrilled for the State’s recognition of Oakland’s leadership in pushing forward pro-housing policies. This designation, in partnership with the State, will allow our robust pipeline of affordable housing to move forward at the time we need the units most,” said Christina Mun, Interim Director of Oakland’s Housing and Community Development Department.

Oakland highlighted multiple specific pro-housing policies in its application for the Prohousing Designation, including:

“Leadership is one of the building blocks for housing, from the Mayor’s Office down to the grassroots. Like many organizations, Rockridge Community Planning Council participated in the Housing Element process. We urged the city to include more sites in Rockridge in their list of locations for potential development. We’re a high-resource area and we support the City and the State’s calls for more housing. We’re raising our hands and saying put more housing here. We’re welcoming in new shelters and transitional housing projects. We’re welcoming more housing and more neighbors,” said Casey Farmer, Chair of Rockridge Community Planning Council.

The City of Oakland is required by the State of California to create over 10,000 units of affordable housing by 2030, based on the Regional Housing Needs Allocation (RHNA). To address this challenge, the City adopted the “3 P’s” approach to protect Oaklanders from displacement, preserve the existing affordable housing stock, and produce new, deeply affordable housing units.

Oakland is currently reviewing its final draft of the state-mandated Housing Element to be adopted by January 31. Public comments are welcome until December 29. Find more info at: https://www.oaklandca.gov/topics/oakland-general-plan-2045-housing-element 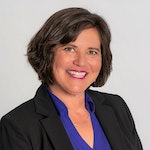 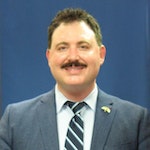