Apply for a Seat on the Public Ethics Commission

The City of Oakland Public Ethics Commission (PEC) is recruiting to fill two Commission-appointed positions, as part of its seven-member volunteer citizen board. The term will be from January 22, 2023, and will expire January 21, 2026. Application deadline is October 14, 2022.

The Public Ethics Commission (PEC) is an independent commission made up of Oakland residents dedicated to ensuring Oakland government is open, honest, fair, and trustworthy. The Commission acts as a guiding light and a watchdog to safeguard compliance with government ethics, campaign finance, lobbying, and transparency laws. The Commission:

All applicants must attend a PEC meeting (observed in-person via Zoom) prior to their appointment.

Commissioners serve a three-year term and are expected to participate in monthly meetings and occasional subcommittee meetings to provide guidance to staff in the conduct of the Commission’s business, make final decisions on enforcement matters, and serve as a neutral judge in cases that require an administrative hearing. Commissioners typically volunteer five to ten hours per month. Commissioners receive no compensation and may serve no more than two consecutive three-year terms.

Commissioners should represent a variety of backgrounds and professions so that the Commission, as a whole, provides a well-rounded perspective on Oakland City government, law, community-building and engagement, leadership, program administration, enforcement, and policies related to campaign finance, ethics and transparency. Specifically, a Commissioner should be able to do the following:

During their tenure a Commissioner may not:

For more about the Public Ethics Commission, visit us online at www.oaklandca.gov/pec. 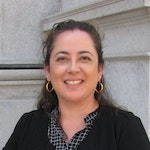