DOSP Zoning Amendments To Be Released Next Week

The City of Oakland will hold a series of virtual public meetings in May and June 2022 to solicit feedback on the soon-to-be-released draft zoning amendments for the Draft Downtown Oakland Specific Plan (DOSP). The DOSP, which has been developed in multiple publicly reviewed iterations over the past several years, will be brought to City Council for adoption later this year. This Plan provides policy guidance on development – linking together land use, transportation, economic development, housing, public spaces, cultural belonging, and social equity in Downtown Oakland. The DOSP’s Zoning Amendments include changes to both the Zoning Map and Planning Code, which are the first step toward implementing the Plan’s goals and policies.

The bulk of the draft amendments will be released in April 2022 for public review. The details of the Zoning Incentive Program, including the base and incentive intensities and the accompanying economic analysis, will be released in subsequent months. Please join our email list to be informed when they are published. The City will hold three informational meetings on key aspects of the amendments, followed by a DOSP Community Advisory Group (CAG) meeting and a Planning Commission Zoning Update Committee (ZUC) hearing. Community members are invited to save the following dates to attend these virtual meetings.

The Planning Commission’s ZUC will review the draft amendments, hear about community input provided at the informational and CAG meetings, and take public comment, and provide staff with direction on revisions.

New times will be announced for the upcoming meetings when they have been scheduled.

In addition to the amendments themselves, the City will provide the public with summaries of key changes and a series of videos intended to explain: 1) the DOSP; 2) the purpose of zoning; and 3) how the zoning changes are intended to meet the DOSP’s goals. Community members will be able to provide feedback on the drafts by commenting directly on the amendments themselves, filling out a survey, emailing City staff, and/or sharing their thoughts at a meeting.

Following this public review period, the City will revise the amendments and return the revisions to the ZUC later in the summer. Then staff will bring both the Final Draft Zoning Amendments and the Final Draft DOSP, which was revised in response to the public comments received in late 2019 as well as to address COVID-19 recovery, to City Council in late 2022 for adoption hearings.

Please sign up at the project website (bit.ly/OakDOSP) to receive updates when the zoning amendments are released. The updates will let you know how to review, comment, and participate in community discussions about the amendments.

In the meantime, you can review existing Plan publications, including the Public Review Draft DOSP and Public Review Environmental Impact Report (EIR) on the project website. 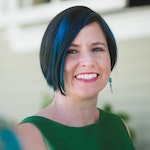