The City of Oakland has released the 2023-2031 Housing Element Public Hearing Draft. This revised draft of the Housing Element addresses community feedback received from June 2022 to mid-October 2022 and fulfills requirements for compliance with state law.

After the seven-day public review period, the public can continue to provide feedback on the Housing Element Public Hearing Draft until December 29, 2022. Comment letters received after December 6, 2022 will be forwarded to State HCD at the time the comments are received and will be included as a supplemental document to the agenda reports for the Planning Commission and City Council public hearings beginning in January 2023.

Please see the project milestone dates below for an overview of the process moving forward:

There are several ways to comment on the 2023-2031 Housing Element before it is adopted by City Council in early 2023: 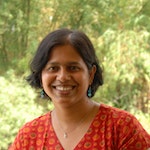