“I am delighted to welcome Tony to the City of Oakland leadership team. Tony is an innovative IT executive who is passionate about public service. His equity-driven focus on digital inclusion and expertise in expanding community access to government through technology – along with a keen focus on core system and infrastructure robustness and reliability – will be pivotal to Oakland’s efforts to enhance service delivery through digital innovation,” said City Administrator Ed Reiskin.

Mr. Batalla brings nearly two decades of experience in IT management, project & program management, public sector technology leadership, and entrepreneurship. As the Chief Technology Officer for the City of San Leandro for the last eight years, he oversaw the creation of San Leandro’s Fiber Optic Master Plan & Smart City Strategy, an overarching vision for achieving digital transformation, unanimously adopted by the City Council in 2018. He has led negotiations for licensing City-owned assets to broadband companies, creating new revenue for the City.

Mr. Batalla said he is excited to join the City of Oakland team. "As a life-long East Bay native, I have a deep appreciation of Oakland as a cultural hub and dynamic city. I'm thrilled to join as CIO and build on the successes of the IT Department, focusing on collaboration, customer service, and innovation."

Mr. Batalla has an M.B.A. from the UCLA Anderson School of Management and a bachelor’s degree in information systems from the University of San Francisco. He is currently pursuing an executive doctoral degree with a research focus on public sector innovation.

He also serves as a member of the Board of Directors of Family Resource Navigators, a nonprofit that serves families with children who have disabilities throughout Alameda County.

The City of Oakland is grateful to Kevin Fong, who has been serving as Acting Director, for his steady leadership in supporting the work of the Information Technology Department. 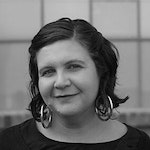